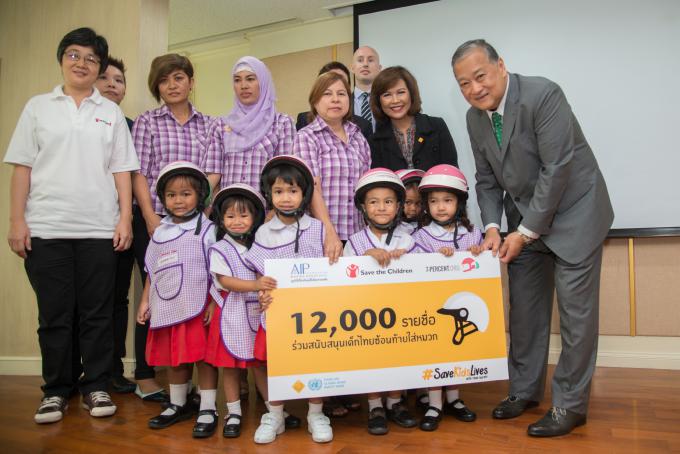 The recent World Health Organization (WHO)’s report stated that Thailand has been ranked the world’s 2nd nation with highest number road traffic deaths. Thailand has an average of more than 2,600 child deaths, which is equivalent to more than 7 children per day, and about 200 children per day, equivalence of more than 72,000 children per year, are made injured or disabled by road accidents. Currently, it has been reported of about 1.3 million child motorcycle passengers nationwide, of which only 7 percent wear helmets.

Consequently, the Asia Injury Prevention (AIP) Foundation, in collaboration with the Save the Children International has launched the 7% project, which focuses on increasing children’s helmet wearing and aims to save 2,000 children’s and prevent 50,000 from head injury by the end of 2017. The Foundation has been engaging in the filmed observations that will assess students’ helmet wearing at the 12 schools in Bangkok based on AIP Foundation’s methodology. The data collected will serve as the baseline status and assess with monitoring and evaluation of the 7% project’s school motorcycle helmet campaign in Bangkok.